Larry meets his wife, Beta, while picking grapes in France.

The first harvest is picked from the vines planted in 1979.

The expansion of Hyde Vineyards begins.

The Estate vineyards are planted.

First vintage of estate Merlot is harvest
and construction begins on the winery.

First vintage of estate Syrah and Viognier are harvested.

Founded by Larry Hyde in 1979, Hyde Vineyards produces some of the most coveted grapes in Napa Valley. Consisting of over 200 planted acres on several vineyard properties in Carneros, the Hyde family sells fruit to over 35 different wineries while retaining a small quantity of vines for their estate wine program.

Located in the heart of Carneros, Hyde Vineyards sits in the coolest region of Napa Valley influenced by the cooling effect of the Petaluma Gap. Morning fog and cool breezes in the afternoons allow for warm days and cool nights resulting in a long growing season. Through years of extensive research and experimentation, Larry Hyde has planted a unique variety of clones while carefully orienting the row directions to suit the rolling hills. His tireless work has resulted in a tapestry of vineyard blocks with over ten different varietals planted covering the unique terroir of Hyde Vineyards.

The Hyde Vineyard crew is comprised of both new and old workers, some of whom have been at Hyde Vineyard for over 30 years, and worked side by side with Larry from the very beginning. Under the direction of Larry’s son, Chris Hyde, and Larry’s longtime friend and foreman, Jose Padilla, the crew works all year round tending the vines and harvesting the fruit of their labors. 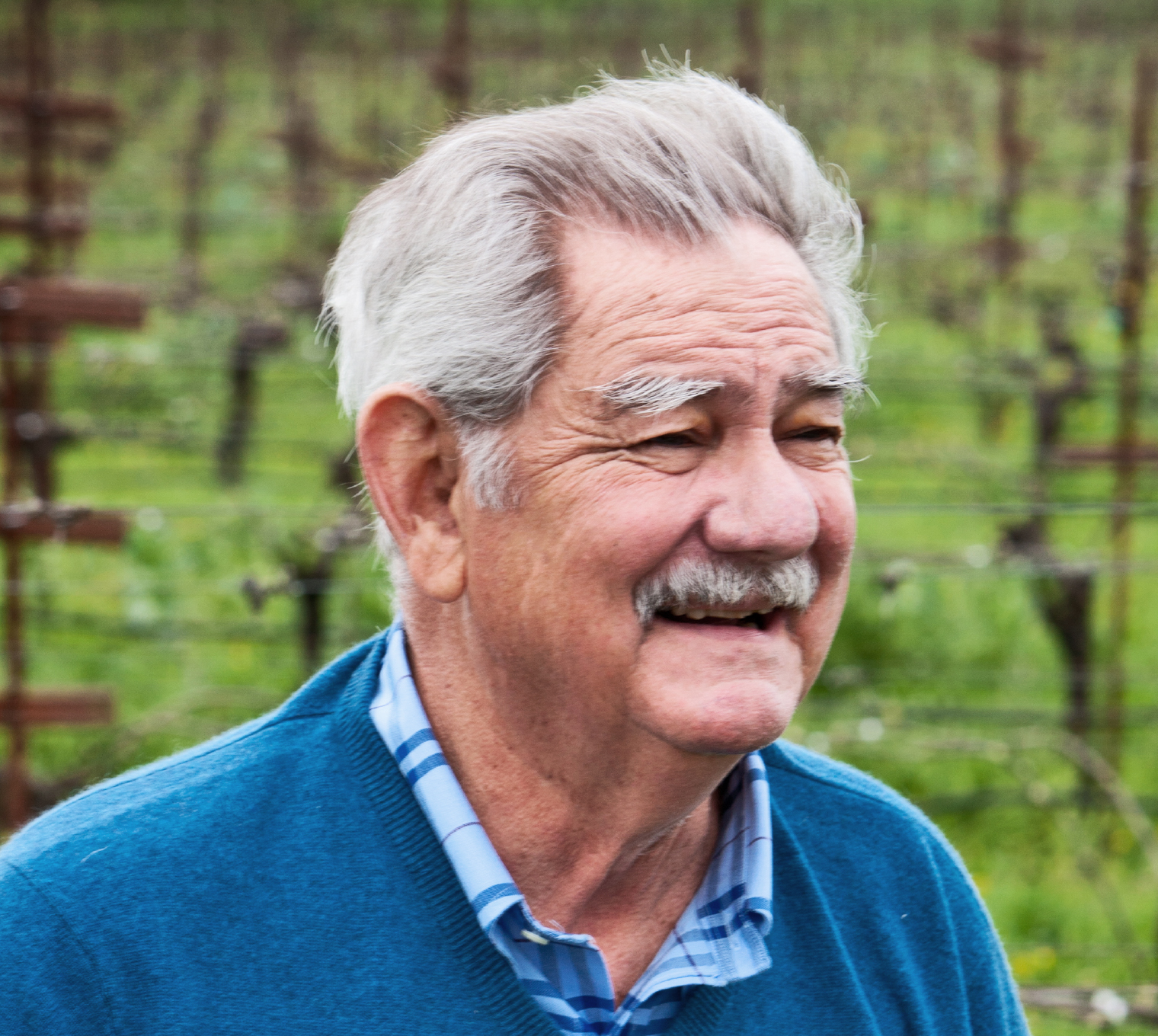 Larry Hyde founded Hyde Vineyards in 1979. Originally comprised of 100 acres of windy pasture and fruit orchards, Larry became a pioneer in a region that would soon become California’s second AVA, Los Carneros, Napa Valley, the only AVA to stretch between two counties, Napa and Sonoma. 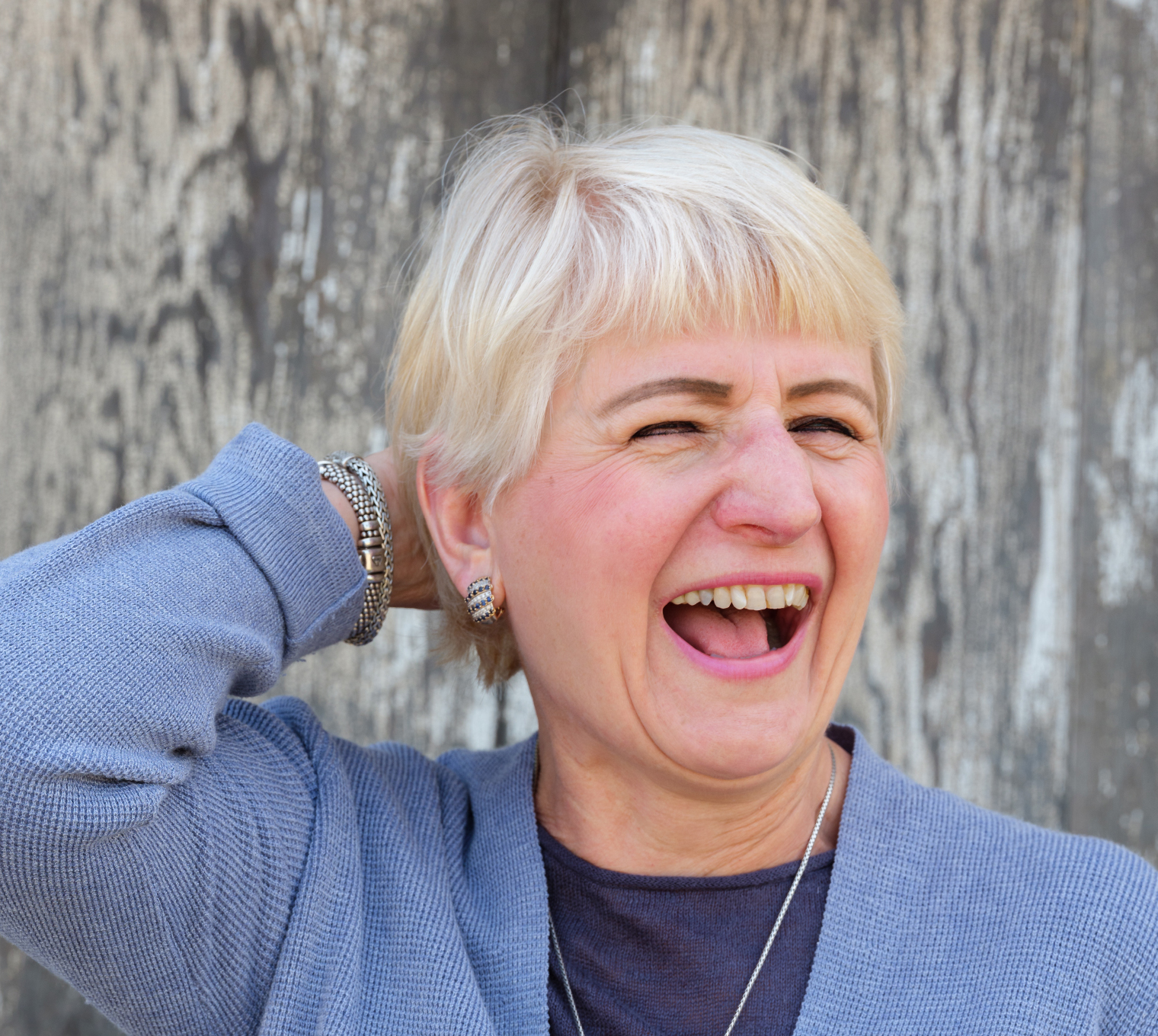 Originally from Lublin, Poland, Beta moved to California after she fell in love with Larry in the 1980s while picking grapes in France.

Larry and Beta were married in 1983 and shortly after started raising their family.

Beta was vital in designing the tasting room after her vision of a Polish manor house. 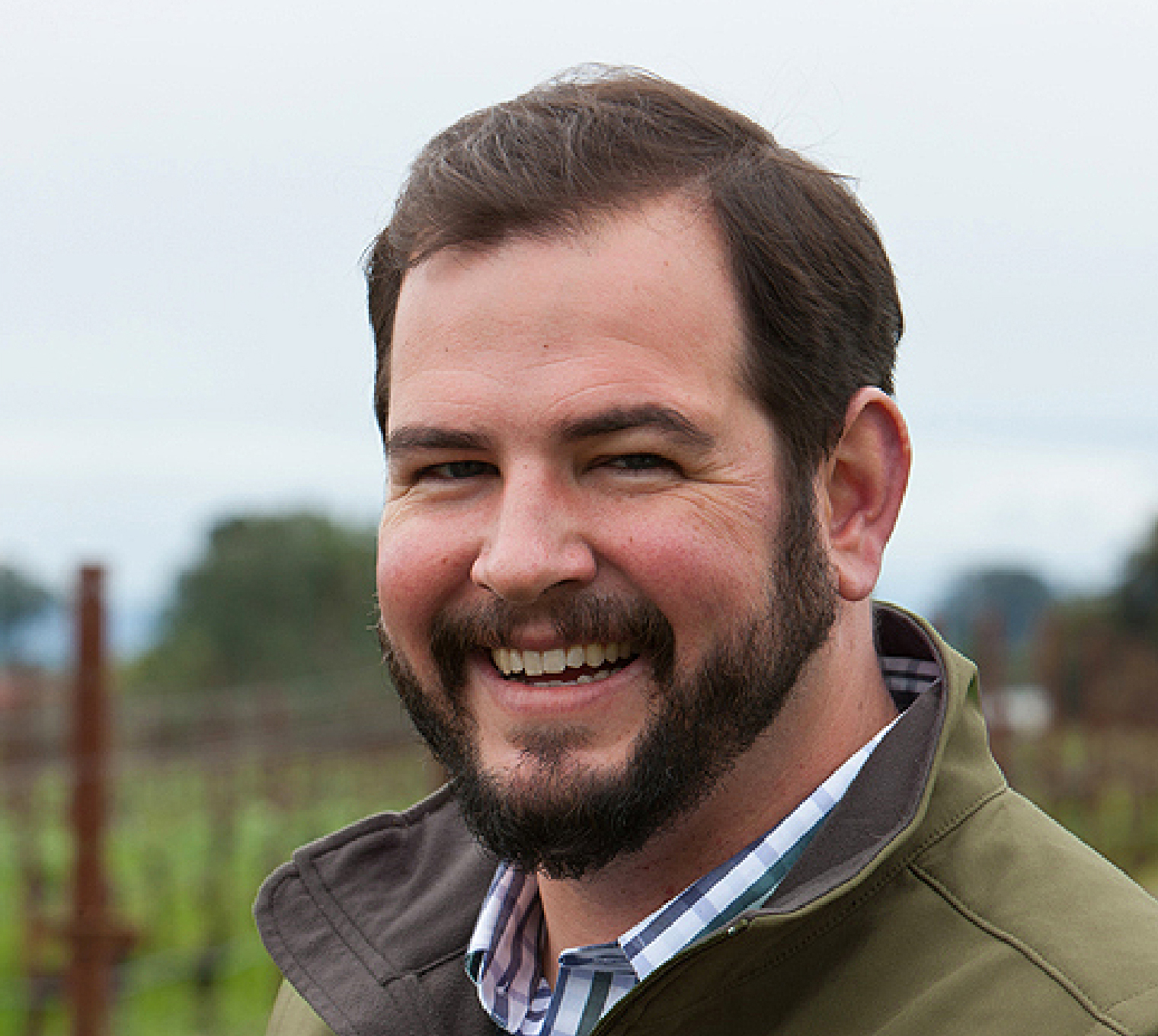 Christopher Hyde has always had a passion for land. After studying Agricultural Business and Viticulture at Cal Poly, San Luis Obispo and receiving a Bachelor of Science degree in Farm Management, Chris worked an internship in sales at Wilson Daniels. From there, Christopher joined the Hyde Vineyards team as viticulturist and in 2006, helped his father plant a block of Pinot Noir for their estate wine label which produced its first vintage in 2009.

In 2015, as Chris received his EMBA from Sonoma State University’s Wine-Business Executive Master’s program, and the initiation of construction for the Hyde Vineyard Estate Winery in Carneros started, which opened its doors in August 2017. 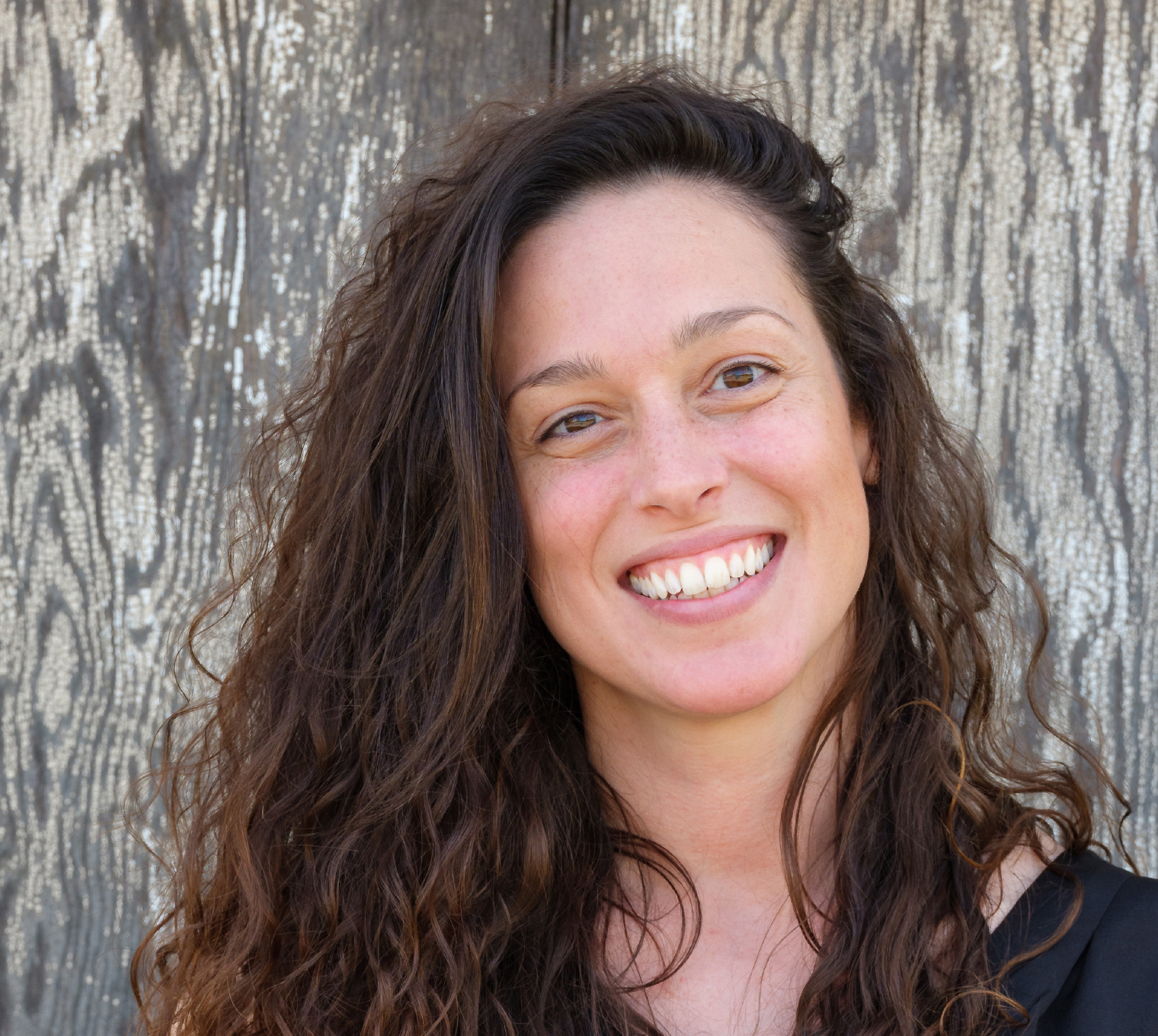 Growing up on the East Coast, Shannon began a career in television working for MTV Networks as a Line Producer for on-air promos.  In her spare time, she learned about wine while helping her father, a home winemaker, and the wine bug clicked.  It wasn’t too long before her interest in wine overtook her interest in television production and in 2014, Shannon left her job in New York to move to Napa, California where she completed her EMBA in Wine Business from Sonoma State University.

Shannon quickly found a job in sales at various wineries obtaining firsthand knowledge of the direct-to-consumer wine business model while earning her degree at Sonoma State.  Upon graduation, Shannon took a position at a wine packaging company increasing her skills in wholesale, advertising, media and graphic design.

In 2018, Shannon came on board to the Hyde Vineyard Estate Winery overseeing all sales, marketing and hospitality. 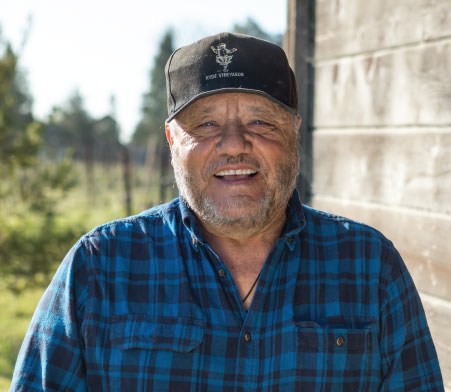 Jose was recruited by Larry in 1980 and over the years has become a viticulturist and crew manager as well as a loyal friend to the Hyde family. Before coming to Hyde Vineyards, Jose worked as a carpenter but it was short lived as Jose was hired after meeting Larry through a mutual friend, Bob Long of Long Vineyards. Jose has now managed vineyard operations for more than three decades and is an integral part to keeping the vineyard running efficiently, helping work with many highly regarded wineries and handling a great variety of fruit and expectations. 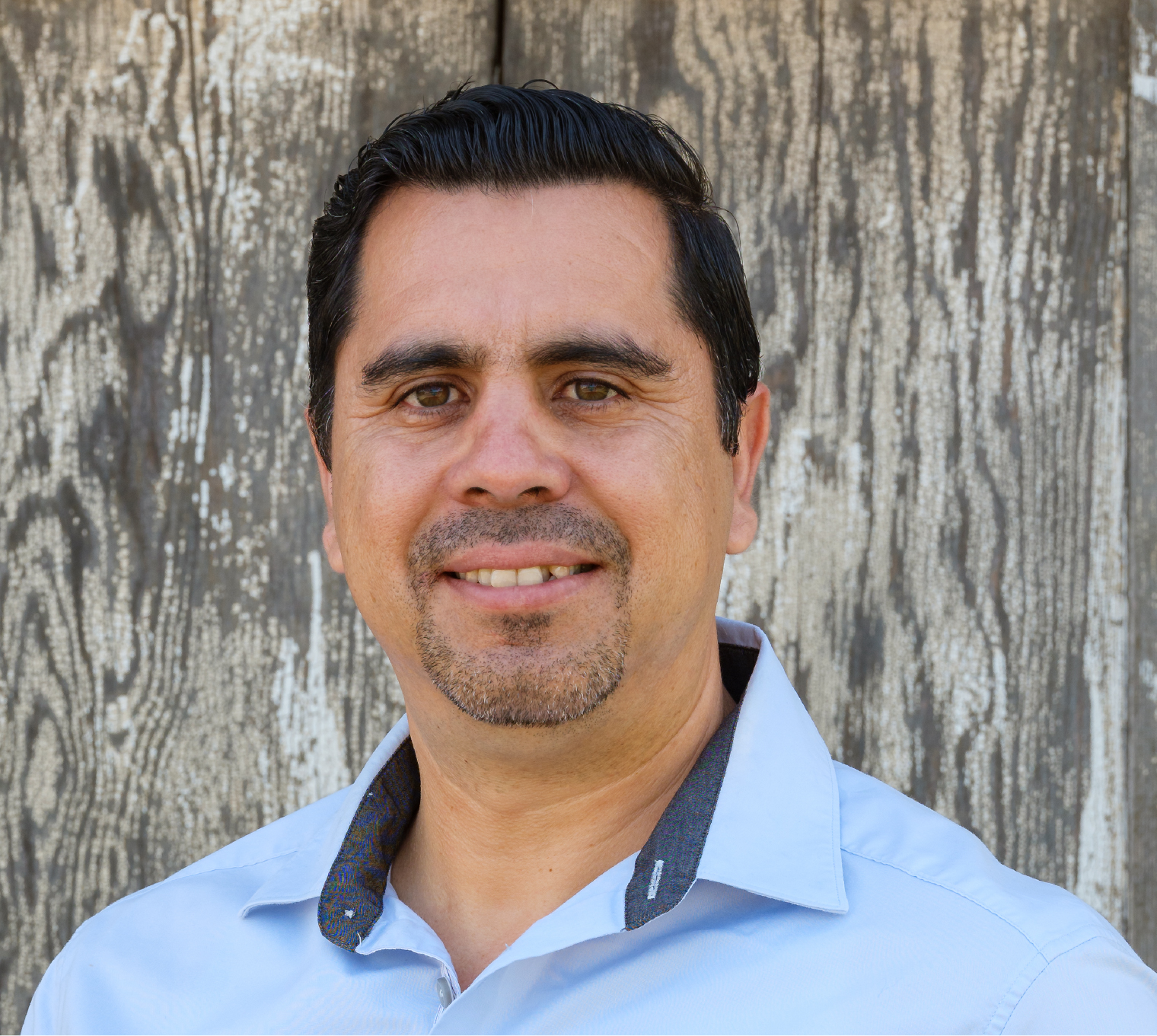 Winemaker Alberto Rodriguez joined the Hyde Estate team in May 2017 and currently oversees all wine production at Hyde Vineyard Estate Winery.  With an extensive background in winemaking, Alberto has been working with Hyde Vineyard fruit since the early 1990s and has managed the Hyde family’s small lot production since 2012, when the Hyde’s custom crushed at Patz & Hall, where Alberto was the assistant winemaker.  Together with Larry and Chris Hyde, Alberto’s clear understanding of the unique terroir and palate for elegant, aromatic wines help craft Larry Hyde’s own interpretation of his acclaimed vineyard. 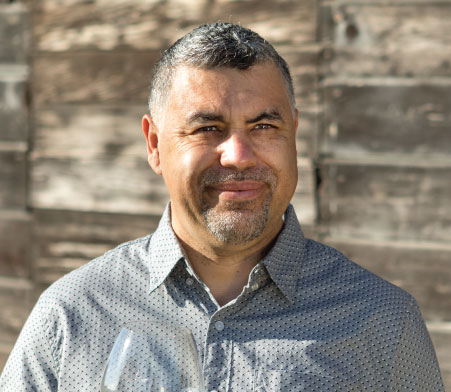 Jose began his career in the wine industry in 1994 at Honig Vineyard and Winery as a harvest intern. He then learned and mastered the full spectrum of cellar work of Bordeaux varietals before s0on climbing the ranks as their Cellar Master. After 12 years at Honig Vineyard and Winery, Jose moved onto Patz & Hall as their Cellar Master. There he gained valuable experience working with Pinot Noir and Chardonnay grapes from numerous vineyards including our own, Hyde Vineyards.  Jose also worked in other wineries such as Heitz Cellars, Chateau Boswell, and Acumen before he started working for Hyde Vineyard Estate Winery in June 2019. 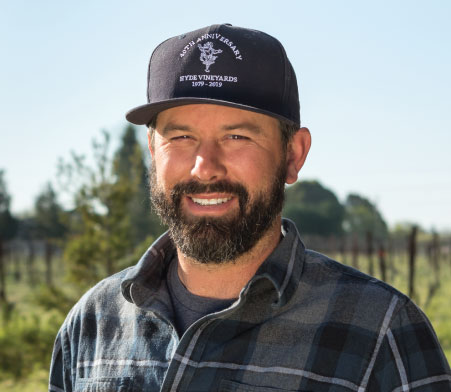 Billy Smith, a long time friend of Chris, started in 2010 as a tractor driver during harvest time. It became quickly realized how skilled Billy was in mechanical work and in 2011, Billy became Hyde Vineyard’s fabricator, mechanic and forklift-truck driver, working full time on vineyard operations. When needed, Billy jumps in to help at the winery and you may often see him working in production or helping pour wine at events. In his free time, Billy enjoys mountain-bike riding, carpentry, building rock-crawlers and metal-fabrication. 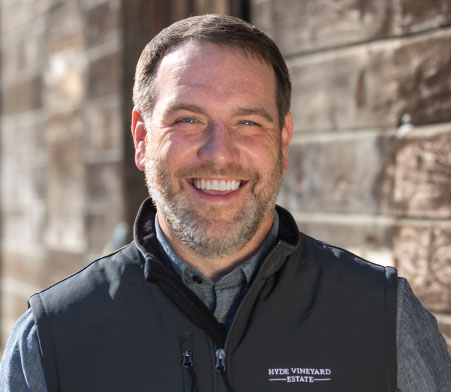 Jeff brings nearly two decades of stellar hospitality experience to Hyde Vineyard Estate Winery team. After spending 14 years in fine dining at some of the hottest restaurants in Nashville, Miami and Sacramento, Jeff’s passion for wine brought him to Napa Valley in 2015.

It was in the Napa Valley that Jeff polished his wine knowledge and helped build hospitality dream teams. In addition to his role as Direct to Consumer Manager for Hyde Vineyard Estate you can find Jeff on the road a few weeks a year hosting wine dinners or in home curated tasting events.

When home he enjoys golfing, playing nearly any sport, cracking jokes at the estate, or entertaining friends with his wife Courtney and their two dogs Amadeus and Magnus. 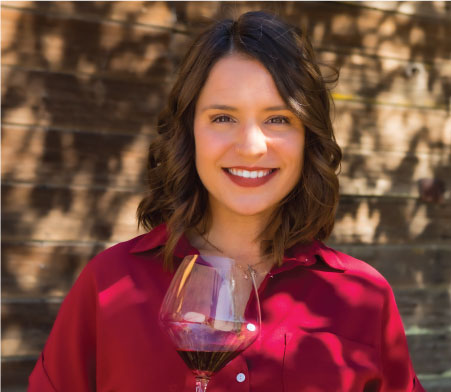 Kat was born and raised in Miami, FL and officially began her wine journey while completing her undergraduate studies at Florida International University where she earned a degree in Green Management and International Business with a minor in Hospitality. Upon graduating in 2013, Kat left her hometown to pursue a career in wine in the Golden State. Kat has lived in almost ever major city in California, either working as a restaurant manager or in a tasting room, but feels most at home here in Napa Valley.

Before landing in Napa’s wine country, Kat wanted to expand her wine knowledge even further so in 2018, she took a big leap of faith and voyaged across the world to Bordeaux, France to achieve her master’s degree in Wine and Spirits Management. While in Bordeaux, in addition to studying, Kat earned her certification in WSET Level 3 and navigated the ins and outs of the wine industry in France.

In her spare time, you can find Kat on oenological escapades with friends or exploring the northern California beaches, mountains and towns with her pup, Fiona. 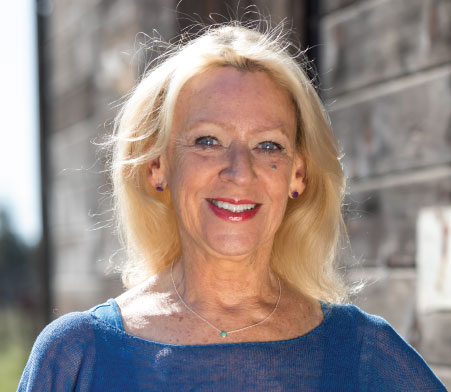 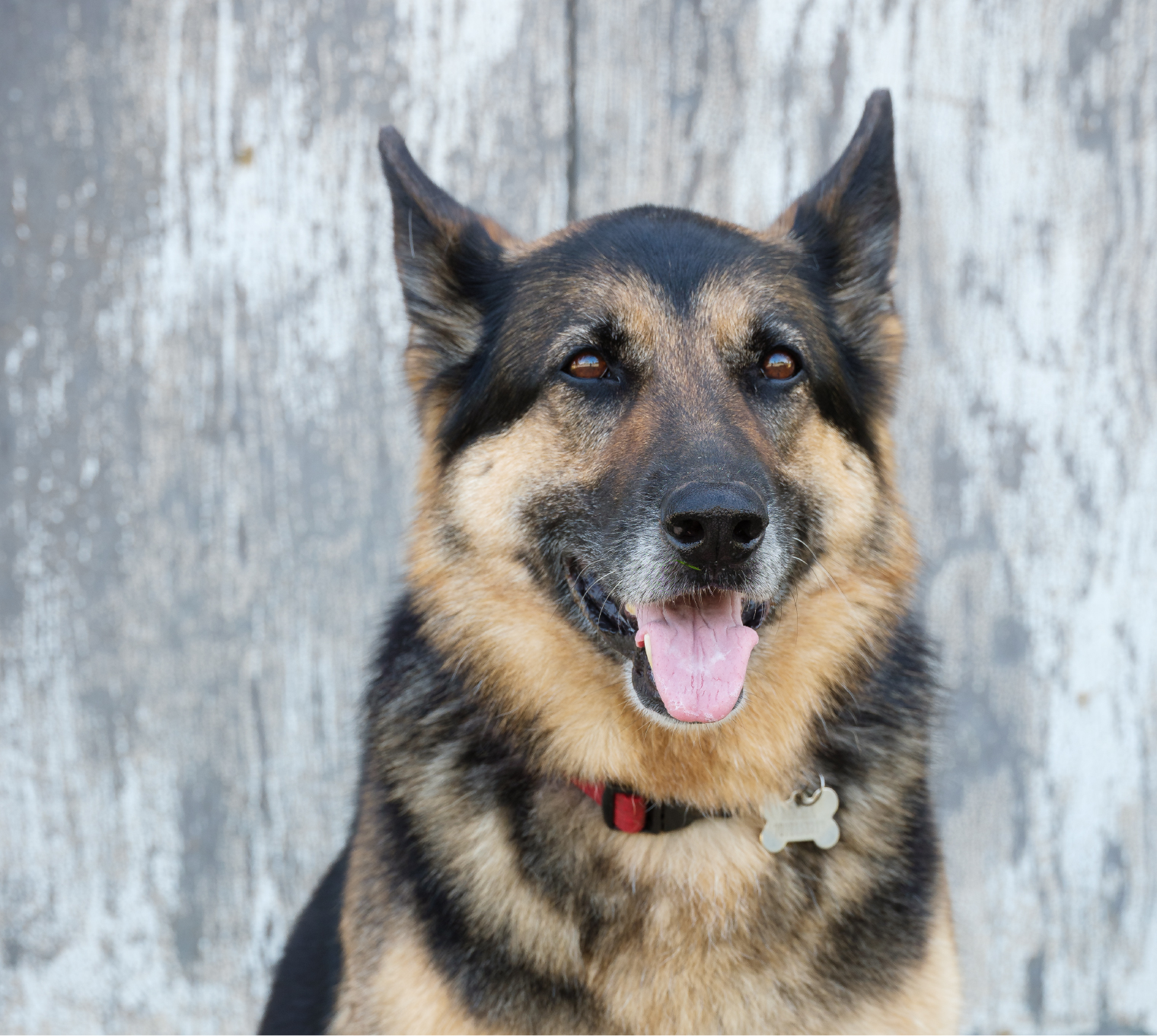 Micha Hyde was born in April of 2011 and quickly became part of the Hyde Vineyard team. During the day you can find Micha roaming the vineyards or greeting visitors at the tasting room. 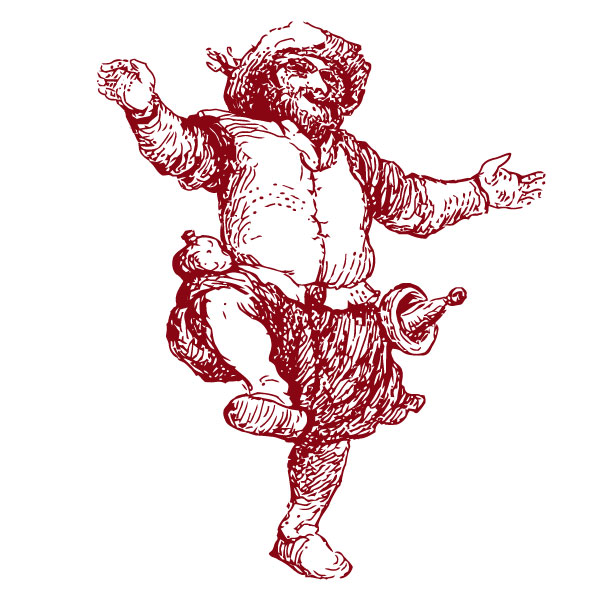 Larry’s family has been farming in California for over 200 years. Finding inspiration in an 1840’s edition of Don Quixote, passed down through generations from ancestor Pedro Zabala and given to Larry by his great-grandfather, Larry chose a woodcut of a dancing Sancho Panza, a jovial character in the story who always had wine with him, as the symbol of Hyde Vineyards.

Today, you will find Sancho show up in small ways, on corks, our barrels and in other hidden locations. Meant to express both joy and sage wisdom, the character was often the voice of reason amidst the generous wine consumption. 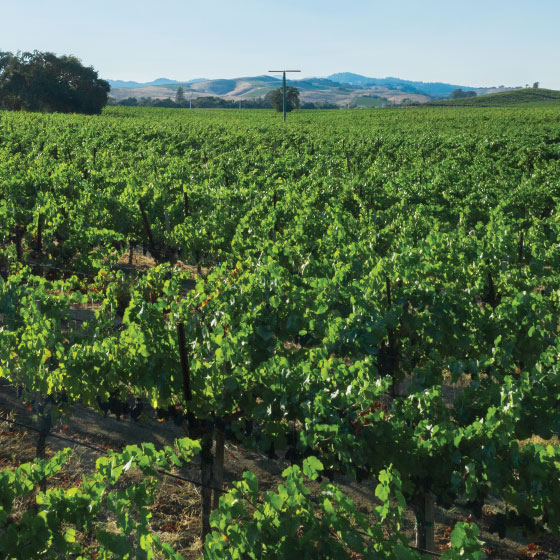 The original Hyde Vineyard property first planted in 1979 by Larry. Initially a cow pasture, Larry took note of the healthy soils and favorable cool breezes that made their way through the property every afternoon. This vineyard is the largest piece the family owns and is home to Chardonnay, Pinot Noir, Merlot, Syrah, Cabernet Sauvignon, Cabernet Franc, Zinfandel, Semillion and Sauvignon Blanc.

A historic apple orchard originally farmed by the Hammamoto family, the family purchased this property in 2005 and is now home to the winery’s estate Pinot Noir and Chardonnay. 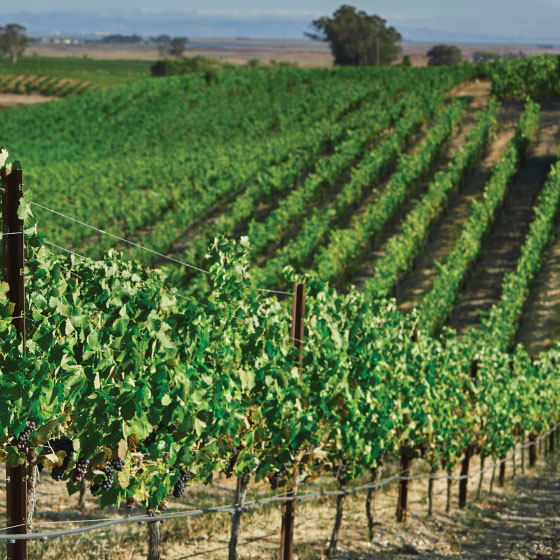 Purchased in 2001 and part of the historic Boon Fly Ranch, this vineyard has sweeping views of the valley. Located only three minutes from the estate winery, this vineyard is planted with Syrah, Zinfandel, Viognier, Cabernet Sauvignon and Cabernet Franc. 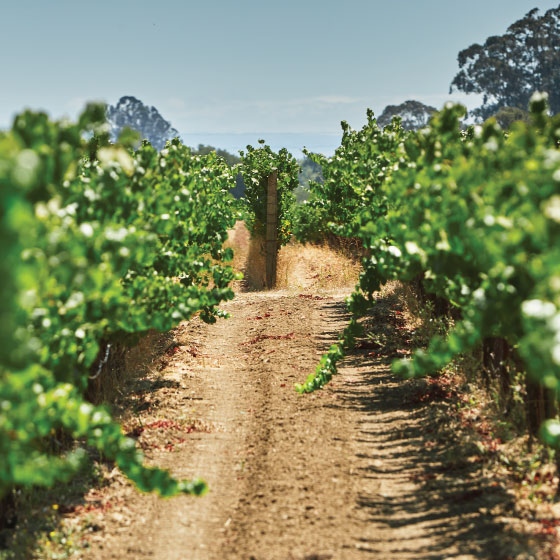 This is where Larry and Beta’s built their home after purchasing in 1992. Mostly made up of Chardonnay for sparkling wine, this vineyard sits on Carneros Creek and its soil has great water drainage. 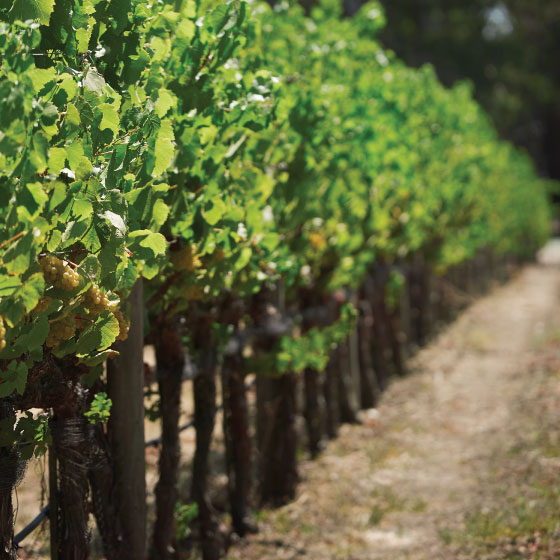 The newest vineyard to be purchased by the Hyde family in 2020, this property is located just across the street from the estate winery and is on the Carneros Creek planted with Chardonnay.